Donald Walbridge Shirley (January 29, 1927 – April 6, 2013) was an American classical and jazz pianist and composer. He recorded many albums for Cadence during the 1950s and 1960s, experimenting with jazz with a classical influence. He wrote organ symphonies, piano concerti, a cello concerto, three string quartets, a one-act opera, works for organ, piano and violin, a symphonic tone poem based on the novel Finnegans Wake by James Joyce, and a set of "Variations" on the legend of Orpheus in the Underworld.

Born in Pensacola, Florida, Shirley was a promising young student of classical piano. Although he did not achieve recognition in his early career playing traditional classical music, he found success with his blending of various musical traditions.

During the 1960s, Shirley went on a number of concert tours, some in Deep South states. For a time, he hired New York nightclub bouncer Tony "Lip" Vallelonga as his driver and bodyguard. Their story was dramatized in the 2018 film Green Book.

Shirley started to learn piano when he was two years old. He briefly enrolled at Virginia State University and Prairie View College, then studied with Conrad Bernier and Thaddeus Jones at Catholic University of America in Washington, D.C., where he received his bachelor’s degree in music in 1953.

Known as "Dr. Shirley," he had two honorary doctorates.

His birthplace was sometimes incorrectly given as Kingston, Jamaica, because his label advertised him as being Jamaican-born. According to some sources, Shirley traveled to the Soviet Union to study piano and music theory at the Leningrad Conservatory of Music. According to his nephew, Edwin, his record label falsely claimed that he studied music in Europe in order to "make him acceptable in areas where a Black man from a Black school wouldn’t have got any recognition at all."

In 1949, he received an invitation from the Haitian government to play at the Exposition Internationale du Bi-Centenaire de Port-au-Prince, followed by a request from President Estimé and Archbishop Joseph-Marie Le Gouaze for a repeat performance the next week.

Shirley was married to Jean C. Hill in Cook County, Illinois on December 23, 1952, but they later divorced.

Discouraged by the lack of opportunities for classical black musicians, Shirley abandoned the piano as a career for a time. He studied psychology at the University of Chicago and began work in Chicago as a psychologist. There he returned to music. He was given a grant to study the relationship between music and juvenile crime, which had broken out in the postwar era of the early 1950s. Playing in a small club, he experimented with sound to determine how the audience responded. The audience was unaware of his experiments and that students had been planted to gauge their reactions.

Career: 1954–2013
At Arthur Fiedler's invitation, Shirley appeared with the Boston Pops in Chicago in June 1954. In 1955, he performed with the NBC Symphony at the premiere of Ellington's Piano Concerto at Carnegie Hall. He also appeared on TV on Arthur Godfrey and His Friends.

During the 1950s and 1960s, Shirley recorded many albums for Cadence Records, experimenting with jazz with a classical influence. In 1961, his single "Water Boy" reached No. 40 on the Billboard Hot 100 and stayed on the chart for 14 weeks. He performed in New York City at Basin Street East, where Duke Ellington heard him and they started a friendship. 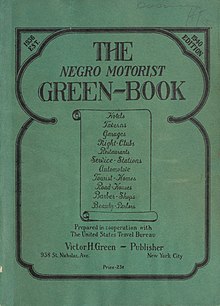 During the 1960s, Shirley went on a number of concert tours, some in Southern states, believing that he could change some minds with his performances. For his initial tour, in 1962, he hired New York nightclub bouncer Tony "Lip" Vallelonga as his driver and bodyguard. Their story is dramatized in the 2018 film Green Book, the name of a travel guide for black motorists in the segregated United States. In the fictionalized account, despite some early friction with their differing personalities, the two became good friends. This has been questioned by Don's brother Maurice Shirley, who said, "My brother never considered Tony to be his 'friend'; he was an employee, his chauffeur (who resented wearing a uniform and cap). This is why context and nuance are so important. The fact that a successful, well-to-do Black artist would employ domestics that did not look like him, should not be lost in translation."

However, in a January 2019 interview with Variety, Tony's son Nick Vallelonga explained that: "They were together a year and a half and they did remain friends". He also explained that Shirley, before his death, asked him not to speak to anyone else while writing the story. He went on to explain: "Don Shirley himself told me not to speak to anyone. And he only wanted certain parts of his life. He only allowed me to tell what happened on the trip. Since [the family] were not on the trip—this is right out of his mouth—he said, 'No one else was there but your father and I. We've told you.' And he approved what I put in and didn't put in. So obviously, to say I didn't contact them, that was hard for me because I didn't want to betray what I promised him."

The film controversially depicts Shirley as estranged from his family and alienated from other African Americans. Shirley's surviving family members disputed this, stating that he was involved in the Civil Rights Movement, attended the 1965 Selma to Montgomery march, and had many friends among other African American artists and leaders. He had three brothers, and according to his family kept in contact with them. Author David Hajdu, who met and befriended Shirley in the 1990s through composer Luther Henderson, wrote: "the man I knew was considerably different from the character Ali portrayed with meticulous elegance [in Green Book]. [Shirley was] cerebral but disarmingly earthy, mercurial, self-protective, and intolerant of imperfections in all things, particularly music, he was as complex and uncategorizable as his sui generis music."

In late 1968, Shirley performed the Tchaikovsky concerto with the Detroit Symphony. He also worked with the Chicago Symphony and the National Symphony Orchestra. He wrote symphonies for the New York Philharmonic and Philadelphia Orchestra. He played as soloist with the orchestra at Milan's La Scala opera house in a program dedicated to George Gershwin's music. Russian-born composer Igor Stravinsky, who was a contemporary of Shirley's, said of him, "His virtuosity is worthy of Gods."