Cheryl Ruth Hines (born September 21, 1965) is an American actress, director and comedian who played the role of Larry David's wife, Cheryl, on HBO's Curb Your Enthusiasm, for which she was nominated for two Emmy Awards.

She also starred as Dallas Royce on the ABC sitcom Suburgatory. In 2009, she made her directorial debut with Serious Moonlight. She is also a poker enthusiast with career winnings totaling $50,000. On August 2, 2014, Hines married Robert F. Kennedy Jr., a member of the Kennedy family.

Early life
Hines was born in Miami Beach, Florida, a daughter of James and Rosemary Hines.

Part of her family came from Frostproof, Florida, but she grew up in Tallahassee, where she was a member of the Young Actors Theatre throughout high school. Hines also attended Lively Technical Center and Tallahassee Community College in Tallahassee. She was raised Catholic, and has two brothers and a sister. She attended West Virginia University and Florida State University before graduating from the University of Central Florida.

Career
Before getting her break in Hollywood, Hines worked as a waitress, television reporter and telephone operator, as well as personal assistant to Rob Reiner after she moved to Los Angeles to pursue acting. Though Reiner did not play a critical role in her career, he would watch her shows when she began acting. She enjoyed guest appearances on television shows such as Swamp Thing and Unsolved Mysteries. She also appeared on an episode of the Dating Game in 1996. Alas, she was not picked on the episode. 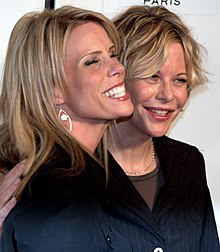 Hines began her acting career by performing improvisational comedy at The Groundlings Theater. Among the people with whom she studied was Lisa Kudrow. She also learned to write comedy sketches -- which served her well when working on HBO's Curb Your Enthusiasm as Larry David's fictional wife, Cheryl. The show is written using the retroscripting technique in which the plot outlines are generally and loosely drawn -- and then the individual actors improvise to create the dialogue ad lib.

"When the show first came out people from Tallahassee thought, 'Well, maybe Cheryl got married'", she recalls of the show's initial reception. "Sometimes, I do feel like I live two lives." Hines received an Emmy nomination for Outstanding Supporting Actress in a Comedy Series for her work on Curb Your Enthusiasm in 2003 and 2006. Speaking about being cast on the show, Hines has said that "Until Curb, I’d done small roles, really small roles. They wanted to cast an unknown actress. It worked in my favor that I hadn’t done anything. It changed my life."

In movies she was one of the stars of RV opposite Robin Williams, Waitress with Keri Russell, and the 2008 mockumentary comedy The Grand, a spoof of the World Series of Poker. Her 2009 directorial debut Serious Moonlight stars Meg Ryan with a script by the late Adrienne Shelly, Hines' co-star in Waitress.

In 2009, Hines starred in the ABC sitcom In the Motherhood. It is loosely an adaptation to the web seri

es. She played Jane. The series was short-lived lasting 5 out of 7 episodes due to low ratings.

During the 2009-2010 season of Brothers & Sisters she guest-starred as Kitty Walker McCallister's campaign manager, Buffy. It was announced in July 2010 that Hines would be joining the cast of the new Nickelodeon films based on their series The Fairly OddParents, A Fairly Odd Movie: Grow Up Timmy Turner! and A Fairly Odd Christmas. She played Wanda, the main character's (Timmy's) godmother.

Hines served as the executive producer for the 2010 reality series School Pride which follows the renovation of a different school each week. Hines starred as Dallas Royce on the ABC sitcom Suburgatory and in We Need Help, a web series aired on Yahoo! Screen.

Personal life and charities
Hines married Paul Young, founder of the management firm Principato-Young, on December 30, 2002. Their daughter Catherine Rose Young was born on March 8, 2004. On July 20, 2010, Hines and Young filed for divorce after nearly eight years of marriage.

When a nephew was born with cerebral palsy, Hines contacted United Cerebral Palsy for answers and resources. Over time, she became involved with UCP and has used her celebrity status to help elevate its visibility. Hines serves on the Board of Trustees of United Cerebral Palsy. Hines and her family won $25,000 for UCP on the July 12, 2015 episode of Celebrity Family Feud.