Andrea Joy Cook (born July 22, 1978) is a Canadian actress best known for her role as Supervisory Special Agent Jennifer "JJ" Jareau on the CBS crime drama Criminal Minds. She has also appeared in films such as The Virgin Suicides (1999), Out Cold (2001), and Final Destination 2 (2003).

Early life
Cook was born in Oshawa, Ontario, and spent most of her life growing up in nearby Whitby, where she attended Anderson Collegiate Vocational Institute. She has three siblings: Nathan, Paul, and Angela. Cook was declared legally blind in the second grade because of a severe astigmatism, but wore contacts and thick glasses to correct her vision. In 2007 she underwent surgery during which a lens implant corrected the impairment. A dancer from age four, Cook began taking jazz, tap and ballet lessons. She danced competitively for many years, before deciding at the age of 16 that she wanted to try acting. Cook also taught dance when she was younger and has stated that if she hadn't become an actress, she would most likely have set up a small dance studio somewhere. In an interview, she admitted that she still tap dances. 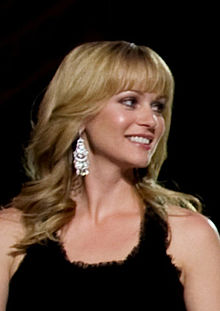 Cook's first job was in a McDonald's commercial in 1997. She graduated to series work with a guest role on the television series Goosebumps, and parts in two television movies, In His Father's Shoes and Elvis Meets Nixon. Cook launched her feature film career as one of five captivating suicidal sisters in 1999's The Virgin Suicides. Also that year, she took a starring role in the TV series Higher Ground, in which Cook played Shelby Merrick, a rough-around-the-edges teenage girl dealing with abuse and heartache at a wilderness school for struggling kids. Higher Ground lasted one season, ending with a romance between Shelby and Hayden Christensen's character, Scott.

After Higher Ground, Cook appeared in the 2000 TV movie The Spiral Staircase (alongside Higher Ground alum Kandyse McClure), and then captured leading roles in several films, including Out Cold (as Jason London's love interest), Ripper, I'm Reed Fish, and Final Destination 2. In 2003, Cook guest starred in Dead Like Me. She was also in season one of Tru Calling as Lindsay Walker.

Since September 2005, she has starred as Jennifer "J.J." Jareau in the CBS drama Criminal Minds. On June 14, 2010, it was announced that her contract option would not be picked up for season six as a series regular reportedly due to budget cuts on the show, but she did return for two episodes to wrap up her character's storyline due to thousands of letters and petitions written to the show's producers. She also returned for one episode for the departure of Paget Brewster from the series. On April 16, 2011, it was reported that she had signed to reappear for two more seasons of the show.

Other endeavors
In 2013, it was announced she was hired as a spokeswoman for Proactiv. She appeared in the January/February 2014 issue of Maxim magazine. She was ranked at 88 on the Maxim Hot 100 2014 list. She was the Grand Marshal for the STP 500 at Martinsville Speedway in Martinsville, Virginia on April 3, 2016.

Personal life
Cook is a member of The Church of Jesus Christ of Latter-day Saints, but does not limit her acting solely to roles reflecting her beliefs. On August 3, 2001, she married her long-time boyfriend, Nathan Andersen. The two met in a film class at Utah Valley University, and she later moved to Salt Lake City, Utah to be with him. They reside in Los Angeles, California with their two sons.

In September 2008 their son, Mekhai, was born. Mekhai makes a brief appearance as Henry LaMontagne in Criminal Minds, when Cook's character is buying children's medicine from a pharmacy. He reprised the role in the two-hour season seven finale in 2012 and several other episodes throughout the series. The couple's second son, Phoenix Sky, was born in July 2015. He also appears in Criminal Minds as JJ's second son, Michael.