Dixie Virginia Carter (May 25, 1939 – April 10, 2010) was an American film, television and stage actress and singer. She starred as Julia Sugarbaker on the sitcom Designing Women (1986–93), and as Randi King on the drama series Family Law (1999–2002). She was nominated for the 2007 Primetime Emmy Award for Outstanding Guest Actress in a Comedy Series for her role as Gloria Hodge on Desperate Housewives (2006–07).

Carter made her professional stage debut in a Memphis production of the musical Carousel in 1960, and made her Broadway debut in the 1974 musical Sextet. After appearing for two years as District Attorney Brandy Henderson on the CBS soap The Edge of Night (1974–76), she starred in the 1976 Broadway musical Pal Joey. Her other television roles included the sitcoms On Our Own (1977–78), Filthy Rich (1982–83) and Diff'rent Strokes (1984–85). She returned to Broadway to play Maria Callas in the play Master Class in 1997, and to play Mrs. Meers in the musical Thoroughly Modern Millie in 2004.

In college, she was a member of the Delta Delta Delta sorority. In 1959, Carter competed in the Miss Tennessee pageant, where she placed first runner-up to Mickie Weyland. Carter won the Miss Volunteer beauty pageant at the University of Tennessee in the same year.

Career
In 1960, Carter made her professional stage debut in a Memphis production of Carousel, co-starring George Hearn, who she would go on to marry 17 years later. She moved to New York City in 1963 and got a part in a production of Shakespeare's The Winter's Tale.

In 1967, she began an eight-year hiatus from acting, to focus on raising her two daughters; she returned to the craft in 1974, when she filled in for actress Nancy Pinkerton as Dorian Cramer on One Life to Live while Pinkerton was on maternity leave. She subsequently was cast in the role of Assistant D.A. Olivia Brandeis "Brandy" Henderson on the soap opera The Edge of Night from 1974 to 1976. Carter took the role though some advised her that doing a daytime soap might negatively affect her career. However, she was first noticed in this role, and after leaving Edge of Night in 1976, she relocated from New York to Los Angeles and pursued prime-time television roles. In 1976, she won the Theater World Award for Jesse and the Bandit Queen.

She appeared in series such as Out of the Blue (as Aunt Marion), On Our Own (as April Baxter), Diff'rent Strokes (as the first Maggie McKinney Drummond, Phillip Drummond's second wife), The Greatest American Hero (playing a KGB spy), and as the stuck-up and conniving Carlotta Beck on Filthy Rich (1982).

Carter's appearance in Filthy Rich paved the way for her most notable role, that of sharp-tongued liberal interior decorator Julia Sugarbaker in the 1986–93 television program Designing Women, set in Atlanta. Filthy Rich was created by Linda Bloodworth Thomason, who also created Designing Women. (In the beginning, without knowing the content of the show, Bloodworth-Thomason's only idea was to create a show starring Carter, and fellow cast mates Delta Burke, Annie Potts, and Jean Smart. Filthy Rich also featured fellow Designing Women cast member Delta Burke in its cast.) After much persuasion from creators Linda Bloodworth-Thomason and her husband Harry Thomason, Hal Holbrook, Carter's real-life husband, had a recurring role as attorney Reese Watson. Carter's daughters Ginna and Mary Dixie Carter also had guest-star roles as Julia Sugarbaker's nieces Jennifer and Camilla in the episode "The Naked Truth" in 1989.

In 1997, Carter starred as Maria Callas in Terrence McNally's play Master Class. She played the role from January to June. The role previously had been played by Zoe Caldwell and Patti LuPone.

Noted for portraying strong-minded Southern women, Carter provided the voice of Necile in Mike Young Productions' cartoon feature The Life and Adventures of Santa Claus. She was also in the voice cast of My Neighbors the Yamadas, the English-language dub of Studio Ghibli's 1999 anime movie of the same.

From 1999 to 2002, she portrayed Randi King on the legal drama Family Law. From 1999 to 2000, she was a cast member on the short-lived sitcom Ladies Man, appearing as a regular on both Ladies Man and Family Law. In 2004, she made a guest appearance on Law & Order: Special Victims Unit, playing a defense attorney named Denise Brockmorton in the episode called "Home", in which she defended the paranoid mother of two children (Diane Venora) who had manipulated her older son to kill the younger son after breaking her home rules.

Carter starred in several Broadway musicals and plays. She appeared on- and off-Broadway as well, playing the role of Melba Snyder in the 1976 revival of Pal Joey and Maria Callas in Master Class.

In 2006–07, Carter found a resurgence of fame with a new generation of fans portraying Gloria Hodge, Bree Van de Kamp's disturbed (and scheming) mother-in-law on Desperate Housewives. Creator Marc Cherry started in Hollywood as Carter's assistant on the set of Designing Women. Her first and only Emmy Awards nomination was for the 59th Primetime Emmy Awards under the category of Outstanding Guest Actress in a Comedy Series for her role as Gloria Hodge.

Carter gave an interview in 2006 for the feature-length documentary That Guy: The Legacy of Dub Taylor, which received support from Taylor's family and many of Dub's previous coworkers, including Bill Cosby, Peter Fonda, Don Collier, Cheryl Rogers-Barnett, and many others. The project was scheduled to have its world premiere at Taylor's childhood hometown of Augusta, Georgia on April 14, 2007.

Her final film was That Evening Sun, which she filmed with her husband Hal Holbrook in East Tennessee in Summer 2008. The film, produced by Dogwood Entertainment (a subsidiary of DoubleJay Creative), is based on a short story by William Gay. That Evening Sun premiered at South By Southwest, where it competed for the narrative feature grand jury prize.

In 1967, Carter married businessman Arthur Carter (no relation). Following the birth of her daughters, Carter left acting for eight years to raise her children with Arthur's three children, Jon, Whendy, and Ellen Carter.

She divorced Arthur Carter in 1977, and married theatre and TV actor George Hearn the same year. Two years later, she divorced Hearn. She was married for the third time on May 27, 1984, to fellow actor Hal Holbrook (14 years her senior). She and Holbrook divided their time between their homes in Beverly Hills, California, and McLemoresville, Tennessee.

In 1996, Carter published a memoir titled Trying to Get to Heaven, in which she talked frankly about her life with Hal Holbrook, Designing Women, and her plastic surgery during the show's run. She acknowledged, along with other celebrities, having used human growth hormone for its antiaging properties. 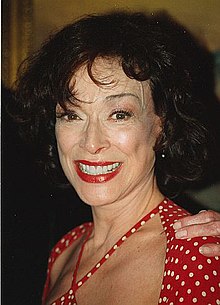 Carter was a registered Republican, who described her political views as libertarian. She was interviewed by Bill O'Reilly along with Pat Boone at the 2000 Republican National Convention. Although her Designing Women character Julia Sugarbaker was known for her liberal political views and subsequent monologues, Carter disagreed with many of her character's left-of-center commentaries and made a deal with the producers that for every speech she had to make with which she disagreed, Julia would get to sing a song in a future episode. Carter once jokingly described herself as "the only Republican in show business".[6] In her lifetime, Carter was also a strong supporter of the gay community.

Death and legacy
Carter died on April 10, 2010, in Houston, Texas.[9] Her death was announced by her husband, who stated the cause as complications from endometrial cancer which was diagnosed earlier in 2010. Dixie Carter was interred in McLemoresville, Tennessee.

The Dixie Carter Performing Arts and Academic Enrichment Center (informally called "The Dixie") in Huntingdon, Tennessee, is named in honor of Carter.

A public service announcement made by Carter in 2003 describing and offering outreach to sufferers of spasmodic torticollis/cervical dystonia began appearing in New York and New Jersey, and then across the United States in 2010.