Background
Browne was born in Hawaii to a Native Hawaiian father and a European American mother. He played basketball and won the 2000 Coastal North League Player of the Year while attending high school in San Diego and then continued his career at Palomar College. Browne had no martial arts experience before being introduced to Brazilian jiu-jitsu at the age of 26. Browne also began training in boxing and had his first professional fight less than a year later.

Mixed martial arts career
Browne began his professional MMA career in 2009, fighting in smaller organizations such as Bellator Fighting Championships, Gladiator Challenge and King of the Cage. He quickly amassed an undefeated winning streak of 9–0.

Ultimate Fighting Championship
In March 2010, Browne signed with the UFC. He made his debut at The Ultimate Fighter: Team Liddell vs. Team Ortiz Finale against James McSweeney. Browne won the fight via TKO at 4:32 of the first round.

Browne fought UFC veteran Cheick Kongo at UFC 120. The fight was even heading into the third round, with Browne winning the first round on the judge's scorecards and Kongo taking the second. In the third and final round, Kongo was penalized with a point deduction for repeatedly grabbing and holding Browne's shorts and the fight, therefore, resulted in a somewhat controversial draw.

Browne faced Stefan Struve on May 28, 2011, at UFC 130. He won the fight via superman punch KO in the first round, earning a "Knockout of the Night" bonus in the process.

Browne faced Rob Broughton on September 24, 2011, at UFC 135 where he won by unanimous decision.

Browne agreed to fight UFC newcomer Chad Griggs on April 21, 2012, at UFC 145. He defeated Griggs by submission due to an arm-triangle choke in the first round. The performance earned Browne Submission of the Night honors.

Browne was expected to fight Ben Rothwell at UFC on FOX 4 on August 4, 2012, in Los Angeles, California. However Rothwell was forced to pull out of the fight due to injury.

Browne faced Antônio Silva on October 5, 2012, at the main event of UFC on FX 5. Browne came out aggressive, showing a variety of striking techniques. Browne strained his left hamstring throwing a flashy kick. Silva was able to capitalize, backing Browne up, landing a big right hand and finishing with punches from the top, giving Browne his first professional loss. A camera crew from Vice Media followed and interviewed Browne before and after the fight with Silva.

Browne faced Gabriel Gonzaga on April 13, 2013, at The Ultimate Fighter 17 Finale. Browne defeated Gonzaga via first-round knockout by elbows to the side of the head. The performance earned Browne Knockout of the Night honors but was scrutinized because of the blatant illegality of Browne's 12-6 elbows, which landed on the back of Gonzaga's head. Gonzaga's appeal to the Nevada State Athletic Commission was denied.

Browne faced Alistair Overeem on August 17, 2013, at UFC Fight Night 26. After surviving Overeem's initial flurry, Browne won via knockout due to a front kick and punches in the first round. The impressive knockout also earned Browne his third Knockout of the Night bonus award.

Browne faced Josh Barnett on December 28, 2013, at UFC 168. Browne won exactly a minute into the match via knockout due to elbows while Barnett was attempting a takedown. This earned him the Knockout of the Night bonus for his third straight fight.

Browne faced Fabrício Werdum on April 19, 2014, at UFC on Fox 11. Despite being a betting favorite with better considered striking, Browne was outstruck for nearly all five rounds after scoring an early knockdown on Werdum in the first round. Browne also said that he suffered a broken hand, ribs and dislocated his foot at some point during the fight. He lost the fight via unanimous decision.

Browne faced Andrei Arlovski on May 23, 2015, at UFC 187. Despite being a heavy betting favorite, Browne lost the fight via TKO in the first round.[25] After a back and forth round where both fighters were dropped, many instantly consider it one of the best one round fights in UFC history. The bout earned Browne his first Fight of the Night bonus award.

Browne faced Matt Mitrione on January 17, 2016, at UFC Fight Night 81. He won the fight via TKO in the third round. However, this win was controversial, as Mitrione suffered multiple eye pokes from Browne throughout the fight, causing Mitrione to have an injured eye.

Browne next faced Cain Velasquez on July 9, 2016, at UFC 200. He lost the fight via TKO in the closing seconds of the first round.

Browne faced Derrick Lewis on February 19, 2017, in the main event at UFC Fight Night 105 in Halifax, Nova Scotia. Despite hurting Lewis with body strikes in the first round, he lost the fight via knockout in the second round. Both participants were awarded Fight of the Night for their performance.

Browne faced Alexey Oleynik on July 8, 2017, at UFC 213. He lost the fight via submission in the second round. This result prompted UFC president Dana White to say “I think that Travis should retire.” It was his last fight to date. 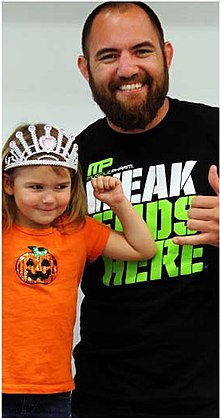 Browne has two sons from his first marriage to Erin, Kaleo and Keawe. Browne married Jenna Renee Webb in January 2015. In July 2015, Webb posted Instagram photos showing multiple bruises on her body allegedly caused by Browne and claimed he had allegedly beat her. As a result, Browne was removed from the UFC's International Fight Week events pending an investigation. On August 28, 2015, the UFC reinstated Browne when their independent investigation found "inconclusive evidence" in the domestic violence inquiry. Following the report, Webb publicly stated she is considering pressing charges. Browne and Webb divorced on February 21, 2016.

He has been in a relationship with former Women's Bantamweight champion Ronda Rousey since 2015. On April 20, 2017, Browne and Rousey announced their engagement. Browne proposed to Rousey under a waterfall in New Zealand. The two were married on August 28, 2017 in Hawaii.

Browne's moniker, 'Hapa', is derived from the term in Hawaii of a person who is mixed blood.