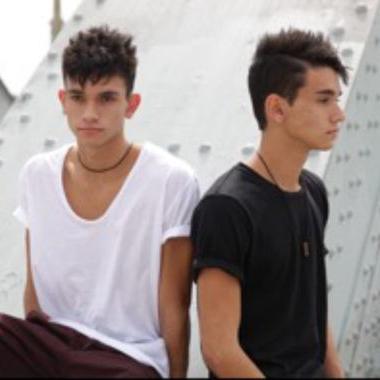 Lucas and Marcus Dobre-Mofid (born January 28, 1999), collectively known as The Dobre Twins, are an American dancing duo and YouTube personalities who rose to prominence on the now-defunct video application Vine.

They produce a diverse range of video content, including skits, pranks, gymnastics, challenges and vlogs.

The twins are also part of a YouTube channel called "Dobre Brothers", with their siblings Cyrus and Darius, where they post vlogs two times a week.

Career
Lucas and Marcus were known as Vine stars called "TwinBotz". By December 2014, they had gained over 300,000 followers. The twins used the app to showcase their talent, including break dancing, gymnastics, and comedy stunts, such as backflips.

Their popularity led them to a collaboration with fellow Vine star Jake Paul. Lucas and Marcus then became two of the original members of Paul's Team 10, increasing their overall popularity on YouTube.

Eventually, the twins became homesick and posted a video titled "The truth about everything..." in which they explained that leaving the team in L.A. and moving back to Maryland was a result of missing family.

The four brothers, Lucas, Marcus, Cyrus, and Darius then moved back to L.A. Their popularity helped them earn a spot to speak in New York at AT&T's Later Haters expo.

In March 2018, it was announced that the Dobre Brothers have signed with Creative Artists Agency (CAA).