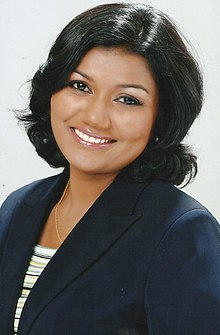 Originally from Hinganghat in Vidarbha, Maharashtra, Mhade is married to Anant Mhade in hinganghat, and the mother of a baby girl. She is a contestant in the reality show Bigg Boss Marathi in 2019.

Vaishali has also sung for Shridhar Phadke in his album Sangeet Manmohee Re.

At the 2009 Nagpur International Marathon she was a special invitee along with Olympics gold medalist Abhinav Bindra.

She made her Bollywood singing debut with the song Hum Tum in the movie Damadamm! (2011). It was a duet track between Mhade and Himesh Reshammiya.

She has recently given playback for the duet song "Pinga" along with Shreya Ghoshal for the movie Bajirao Mastani. The song features Deepika Padukone and Priyanka Chopra. She has also lent her voice for 'Fitoori' in the same film. The movie is produced by Sanjay Leela Bhansali and was released on 19 December 2015.

Vaishali sung a title track for the Marathi daily soap, 'Honar Sun Me Ya Gharchi', a popular show aired on Zee Marathi.

Sur Nava Dhyas Nava
Vaishali was one of the Celebrity participants of this Marathi singing Reality Show. She quit the show on 21st Feb 2018 telecast to pursue PHD and MPhil.