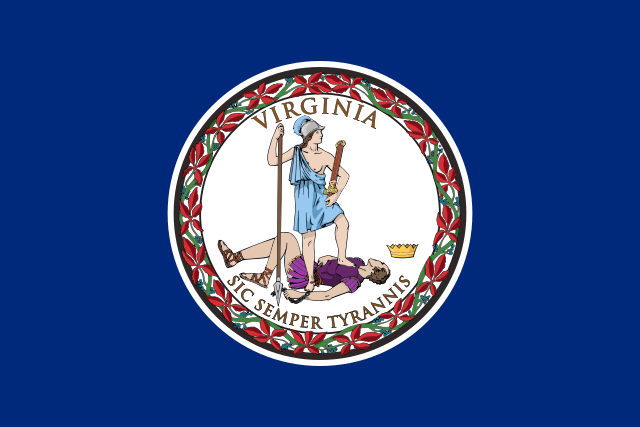 Use: Civil and state flag
Adopted: March 28, 1912 (standardized February 1, 1950)
Design: Obverse of the Seal of Virginia on an azure field
Designed by: Charles Keck

The Seal of the Commonwealth of Virginia is the official seal of the Commonwealth of Virginia, a U.S. state. The flag of Virginia consists of the obverse of the seal against a blue background. A state flag was first adopted at the beginning of the American Civil War in April 1861, readopted in 1912,[1] and standardized by the General Assembly in February 1950.[2] The flag may be decorated with a white fringe along the fly; this is usually done when the flag is displayed indoors.