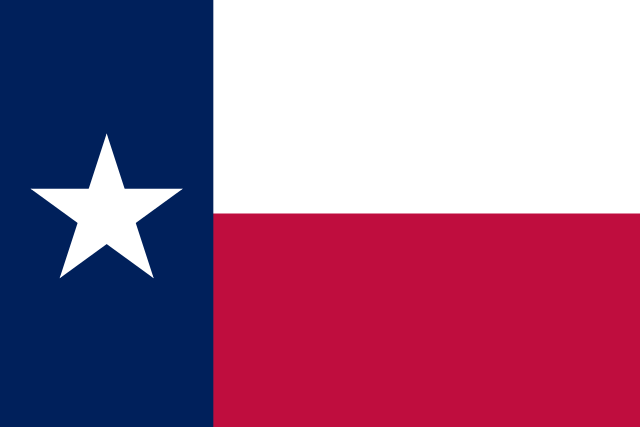 Name: The Lone Star Flag
Use: Civil and state flag
Proportion: 2:3
Adopted: January 25, 1839 (by the Republic of Texas)
Readopted: August 31, 1933 (De facto use 1879–1933)
Design: ⅓ of the hoist is blue containing a single centered white star. The remaining field is divided horizontally into a white and red bar.
Designed by: Unknown
The flag of Texas is the official flag of the U.S. state of Texas. It is well known for its prominent single white star which gives the flag its commonly-used name: "Lone Star Flag". This lone star, in turn, gives rise to the state's nickname: "The Lone Star State." The flag, flown at homes and businesses statewide, is highly popular among Texans and is treated with a great degree of reverence and esteem within Texas.